Moving to our region

The City of Greater Geelong covers 1245km2 with a contrast of landscapes including urban, country and coastal. Only 75 kilometers outside Melbourne CBD, Geelong has become a popular tourist destination. Elements of the region includes a bustling city centre framed by water which includes the multi-award winning waterfront, the Bellarine Penninsula, the Barwon River that runs through the region and it is also the gateway to the world-renowned Great Ocean Road.

Geelong is Victoria’s second largest city after Melbourne with a population of over 245,000 people and a forecast that shows it will grow a further 150,000 people within the next 20 years. The local government has placed a great emphasis on innovation, employment and economic growth in the Geelong region. The city has a broad industry of 17,000 businesses and a labour force of 110,632 (2016 Census estimate). The sector includes health and allied services, education and research, advanced manufacturing, tourism, agribusiness, construction and professional services.

With a low commute time, affordable house prices and a booming infrastructure, Geelong is a city difficult to compete with. The region is bounded by the Moorabool Shire, the Borough of Queenscliffe, Golden Plains Shire and Surf Coast Shire and Bass Strait. At Geelong's core sits Barwon Health, the state's largest regionl health service with 23 sites and over 7000 staff.

To work in Australia, you need to either be an Australian or New Zealand citizen, New Zealand Permanent Resident or have a valid visa that has full working rights for Australia such as a family sponsored visa. If none of these categories apply to you then you will require to be sponsored on a Skilled Regional Visa

A skilled workforce is essential to the future success of Barwon Health. The pending skills shortage and changes to increased competition of health workers in the local market will mean the increase in recruiting skills from overseas. Barwon Health also relies on overseas workers that have immigrated through pathways such as family, student, holiday, independent skilled visas.

It is a requirement that all employees have valid working rights in Australia. Find our more about skilled migration in Victoria here.

To find out more about living in Geelong click here.

Below are a list of Geelong suburbs within their specified locations:

The Victorian kindergarten program is a duration of one to two years prior to entering primary school. Children are eligible to attend kindergarten if they are 4 years of age on or before April 30. Kindergarten placements are generally in high demand and spots are limited, therefore it is important that parents register their child directly through their local kindergarten. Fees for kindergartens vary depending on location and organisation. Click here for more information.

Geelong offers a wide range of public and private education throughout the region. In Victoria, secondary schooling begins for children at the age of 12 years old. Public education in Victoria is considered a ‘free’ education, however may still be associated with some costs such as school levy, uniform, excursions and some books. Private schooling throughout the Geelong region starts from around $2000 per child, per year.

Geelong offers a range of educational opportunities including university, TAFE and college. Its unique range of pathways to education makes Geelong a popular destination for students across Australia to relocate to.

The City of Greater Geelong is divided into four electoral wards: Bellarine, Brownbill, Kardinia and Windermere. 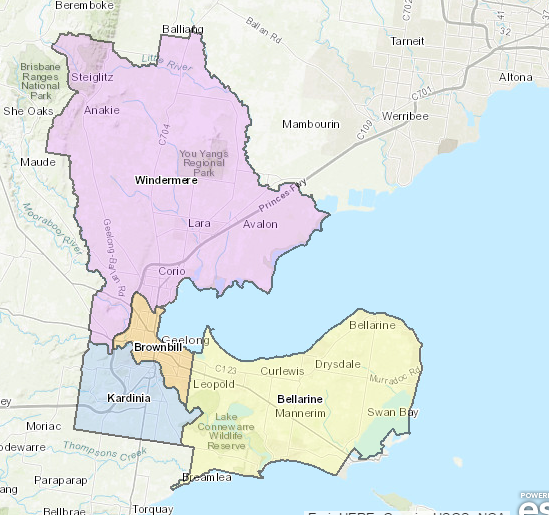 The City of Greater Geelong have eleven councillors that represent COGG.

Geelong offers a range of sporting and recreational opportunities including supporting our Geelong Cats at GMHBA Stadium or local sporting opportunities. With over 600 sporting clubs within Geelong, there are multiple opportunities available. Our local sports are diverse and include archery, gridiron, golf, hockey, underwater hockey, rowing, football, soccer, netball, tennis and much more. We have an international standard baseball centre, a newly upgraded athletics track and state-of-the-art leisure and aquatic facilities.

To find a sporting facility close to you, click here 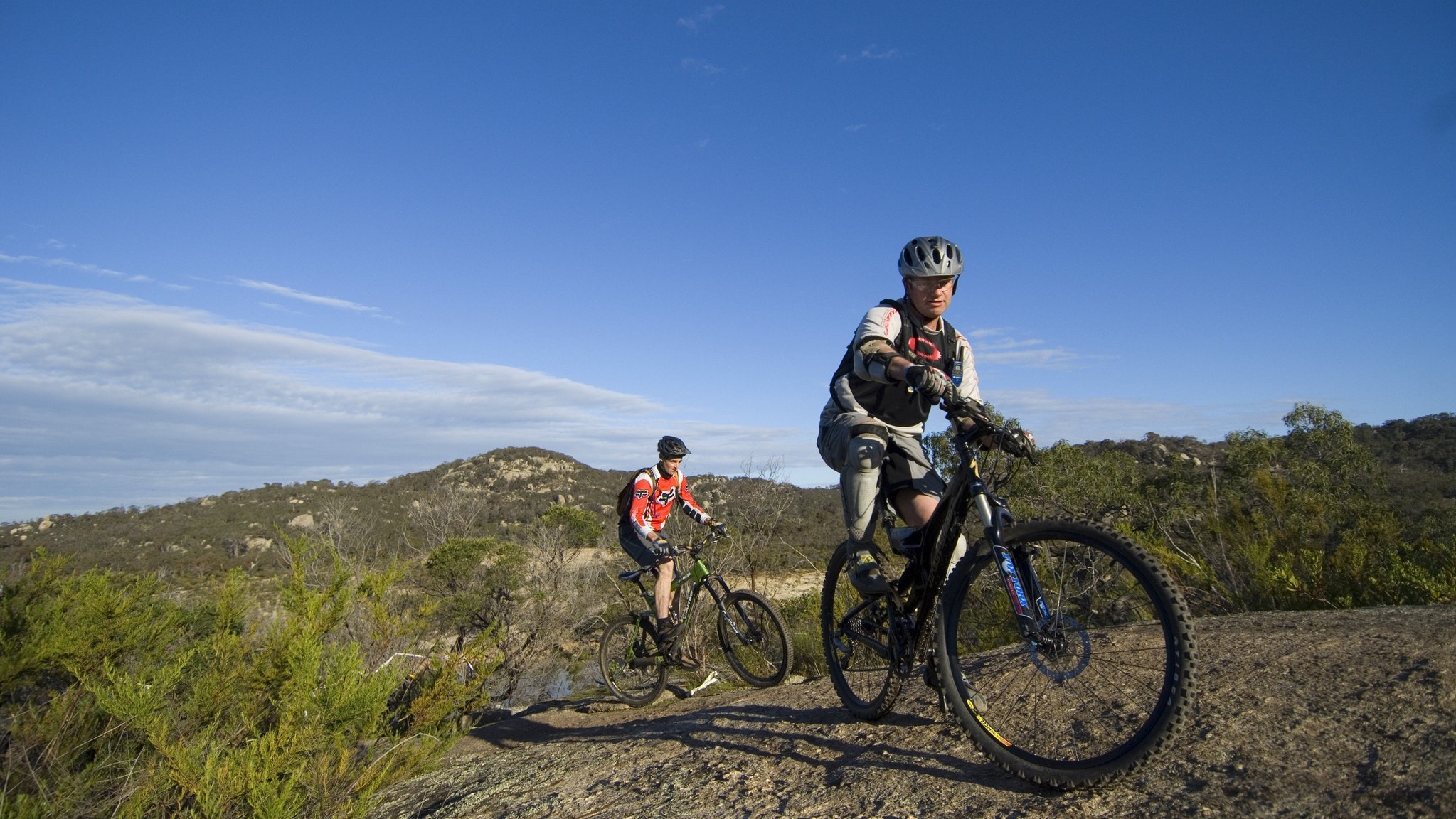 Adventure Park - Geelong holds Victoria’s biggest waterpark located on the Bellarine Highway in Wallington. The park offers many rides and attractions including waterslides, water playgrounds, mini golf, family rides, canoe and boat rides, an archery range and more. The theme park is a major attraction to Geelong and fun for all age groups. 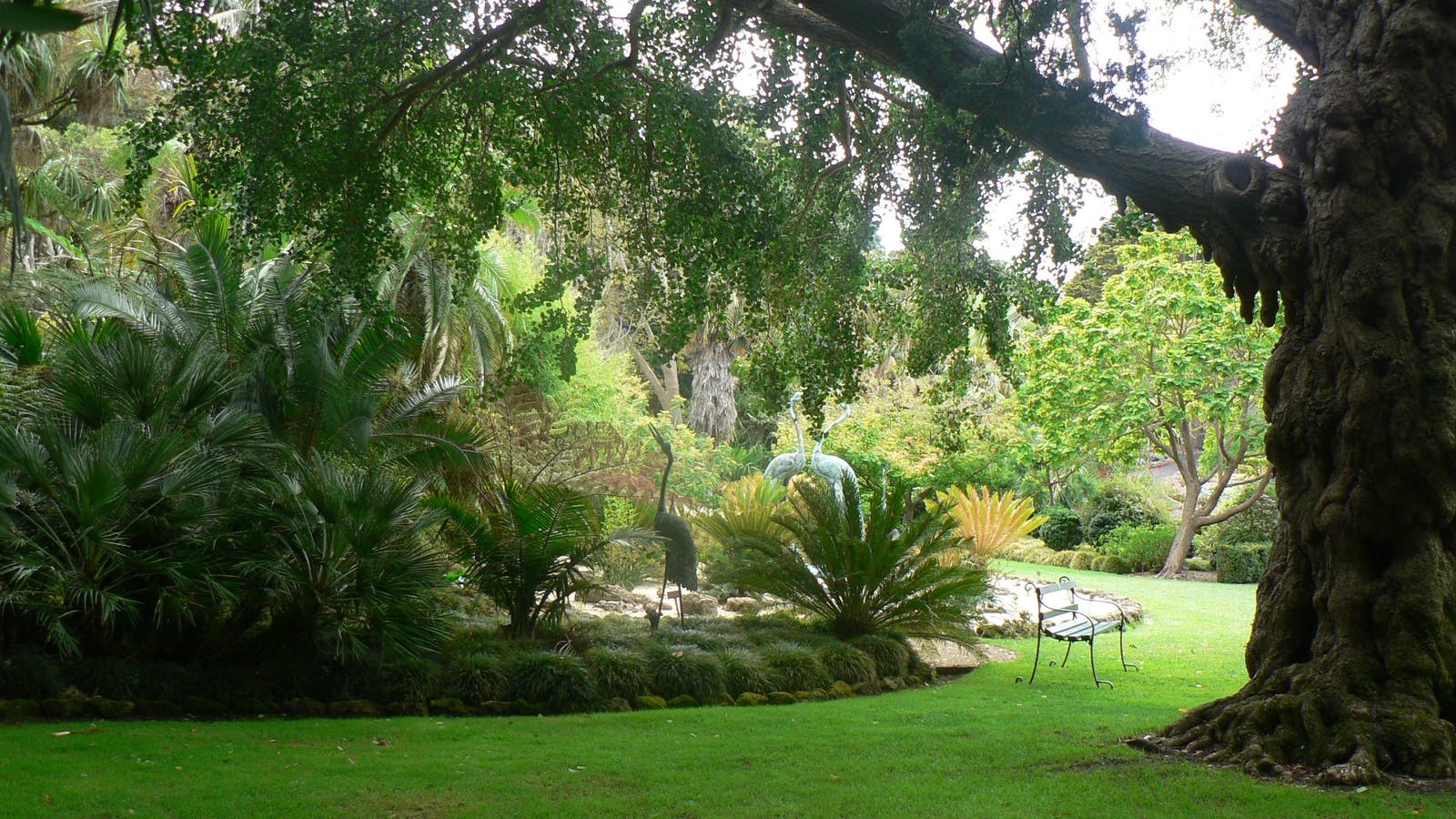 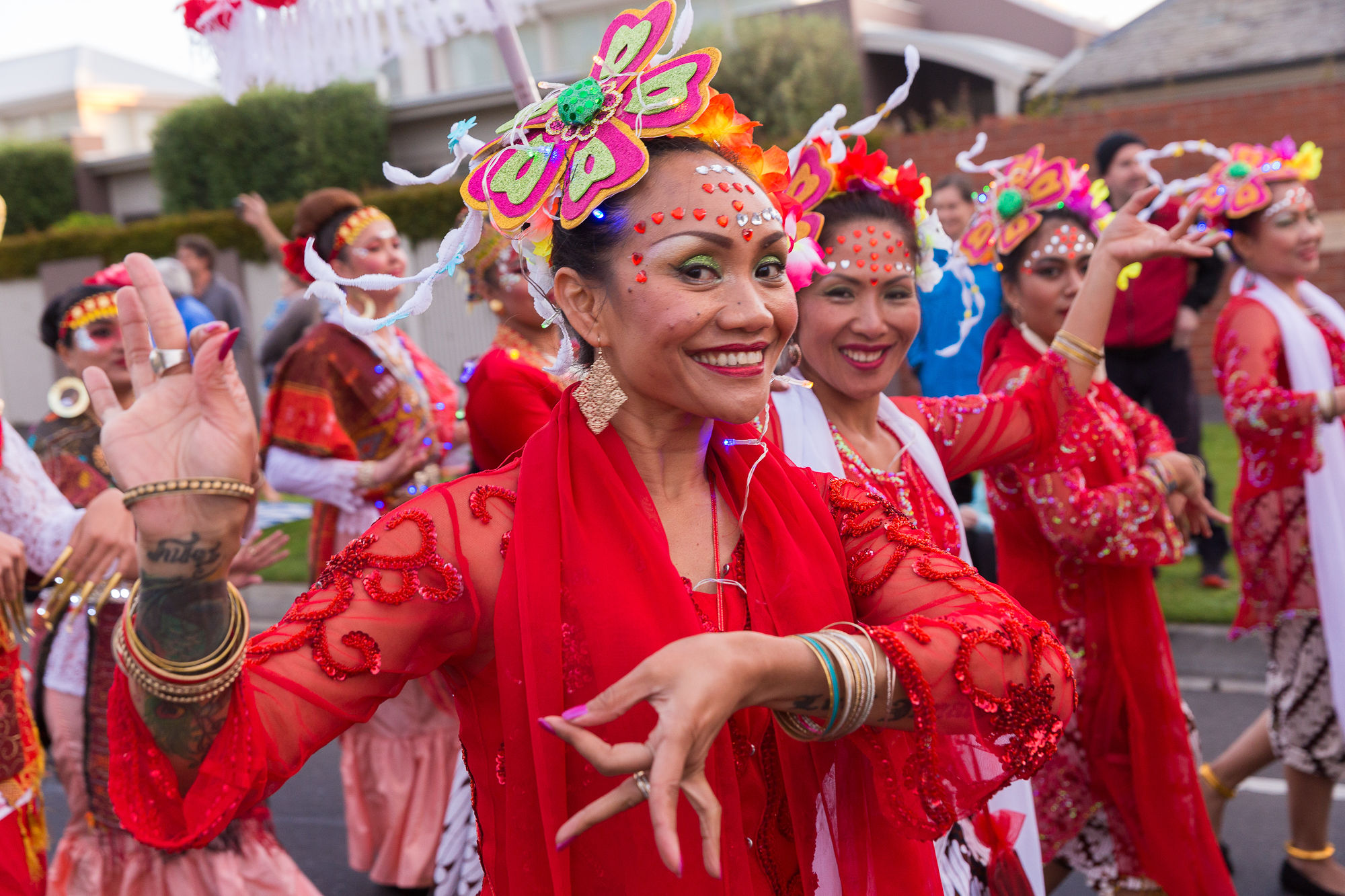 Geelong hosts excellent events that play a key role in keeping the community engaged. Some of these events include:

The custodians of the land on which Barwon Health is located are the Wadawurrung (Wathaurong) people, one of five language groups making up the Kulin Nation who prospered in the areas surrounding Port Phillip Bay. Traditionally, the Wadawurrung people lived as hunters and gatherers with seasonal changes in the weather and availability of foods determining where campsites were located. The Wadawurrung consisted of 25 separate clans which had commonalities in language, custom, traditions, marriage ties, totems, burial rites and very strong trading links. The Wadawurrung people have as their defining creation deity Bundjil, the eagle, and as another social Moiety, Waa, the crow.

Geelong has the highest population of Aboriginal people (approximately 2,500), in Victoria outside metropolitan Melbourne.

Barwon Health provides clinical outreach services at Wathaurong Aboriginal Cooperative Health Service including a Psychiatric Registrar, Dental Services, and Paediatric and Endocrinology clinics. Barwon Health has also established an Obstetric Clinic at Wathaurong and is supporting Koorie women and babies prior to their birth at University hospital.

Geelong has extensive public transport available to the region encompassing a network of buses and trains. Public transport across Victoria is managed by Public Transport Victoria (PTV). All travels using bus or train requires a MyKi card, you can buy this at any station.

You can find your nearest railway stations at the following locations:

The main terminal for busses within Geelong are the Geelong Railway Station and the Moorabool Street Bus Interchange (between Ryrie Street and Malop Street).

Taxi and Uber services are available throughout the Geelong region including Bellarine and Surf Coast.

For any queries, you can call: 1300 759 287 or This email address is being protected from spambots. You need JavaScript enabled to view it.

"The transition in moving to Geelong was comfortable, as Geelong really is like a big country town. Living and working in Geelong creates a great work life / balance with Barwon Health central to Geelong CBD, waterfront and close to so many great beaches. It is not too far to travel for work and the weekends are always filled with something fun to do. I am lucky enough to be involved in an array of great sporting clubs that enable me to feel part of the greater Geelong community. There is always somewhere new that I can take visitors to on weekends no matter what the weather!"

🚗 Did you know…? Geelong’s commute time is half the Australian average.