When Giuseppe “Joe” Puglia retired as a truck driver at Norlane’s Ford Motor factory, he never expected to return to the site for a vaccination thirteen years later.

Joe, who also has Alzheimer’s disease, today rolled up his sleeves to receive his first dose of the COVID-19 vaccine.

The 80-year-old was also able to experience the previous Ford site’s transformation into the community vaccination hub that will service the majority of the Geelong and Surf Coast region. 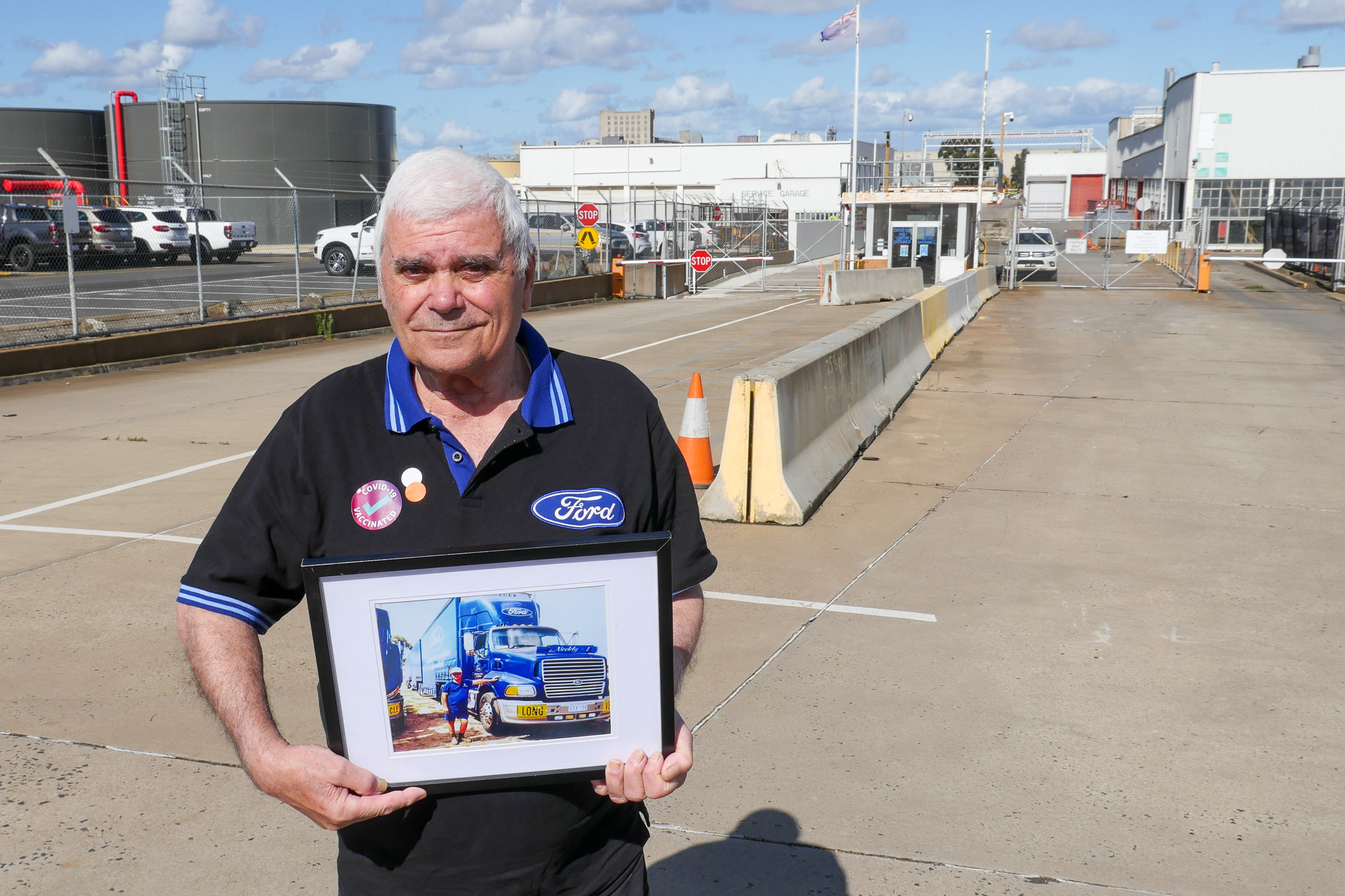 Managed and operated by Barwon Health, Geelong’s community vaccination hub has the capacity to provide vaccines to more than 10,000 people a week.

High-risk priority groups from the 1A and 1B cohorts, along with people in the community over the age of 70 or people with health conditions, can now receive their vaccination at the site from 21 April, in line with the Commonwealth prioritisation.

Joe, born in Sicily in 1940, was well-known during his time at Ford and his daughter Josie recalls his celebrity status among drivers for his impeccable driving record.

“Dad still likes to say that he was the best truck driver at Ford, and was awarded a certificate of excellence before he left,” she said.

“He even got the job to drive open up the Ring Road with the B-Double along with the Victorian Premier Joan Kirner as his special guest.

“He was well respected by all his mates at Ford, along with Victoria Police and Vic Roads, as Dad was known as the ‘Celebrity of Ford’. He would put up his hand and volunteer or be chosen to be the face of Ford Motor Company for any event and charity activities that would take place here in Victoria, if any trucks were required.

“Dad was one of the first truck drivers to drive the first B-double and B-triple trucks here in Victoria. He even became a bit of a TV celebrity with news reporters following him, all done as a volunteer for his love of Ford Motor Company.

“We would hear his stories numerous times about his mates at Ford and all the good times he’s had. Ford was his life. As a family, we would always joke that Dad loved his truck more than he loved anything.”

Josie said Joe’s family was relieved knowing he was going to be protected from COVID-19 after today’s vaccination.

“Initially, we were nervous, but we spoke to his medical team who assured us that it will be the best thing for him. It will also ensure our family can be together after a very difficult year for us.

“Dad found last year very challenging. He didn’t quite understand the concept of not visiting family and friends and as to why he wasn’t allowed to leave the house. He couldn’t comprehend the isolation, but with the help of his medical team, we have been able to keep him happy and comfortable.”

The vaccination hub is currently taking bookings for the 1A and 1B cohorts. If you are eligible, please phone 1800 675 398 to book your appointment. This line will also include a translation option. Appointments are subject to vaccine availability and are only available to those meeting the current eligibility criteria. You can also book online.

GPs across the region are also playing an important role in the rollout process, and Barwon Health is working alongside the Primary Health Network as it co-ordinates this part of the vaccination program.